Alain Damasio is a French Science Fiction writer best known for his work La Horde du Contrevent (The Horde of the Counterwind).[2] He is one of co-founders of DONTNOD Entertainment after Jean-Maxime Morris, Aleksi Briclot and Oskar Guilbert.

In 2008, Damasio founded the video game company Dontnod Entertaiment with illustrator Aleksi Briclot, Hervé Bonin, Jean Maxime Moris and Oskar Guilbert. He was director of the narrative department from 2008 to 2010 before he gave the position to Stéphane Beauverger in order to focus on his next project, Les Furtifs and Fusion. He wrote the narrative bibles (its universal and narrative themes and character biographies) for their first game, Remember Me. He directed their writing workshop of seven people to complete the thousand page bible and the first draft of the script. Initially planned for a May 2013 release, Remember Me was published in June 2013 by Capcom. Remember Me was given the Best Script award during the 2013 Paris Games Award.[2]

Damsio has been the President of a CNC Commission since 2013. In 2014, he was given a digital creations Award from the French Society of Dramatic Authors and Composers. Presently, he is presumably working on a novel, The Stealthies. The novel explores sound and visual channels within the framework of the "Phonophore project". The Stealthies is said to present forty sonic portraits, scenes and soundscapes.[2]

Damasio is also working on a transmedia universe called Fusion. The concept of Fusion focuses on the idea that memories can be coded in water molecules. Damasio is also a lecturer for TEDxParis and Sorbonne. Damasio is also the Chairman of the Commission of CNC "New Production Technologies" that delivers subsidies to international movies and documentaries. Additionally, Damasio also co-founded the art and sound studio Tarabust.[2] 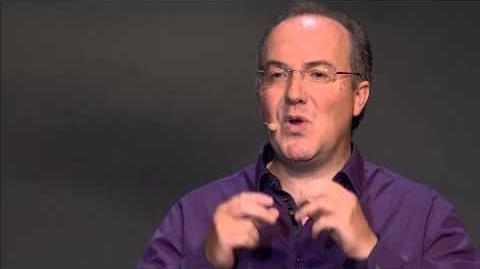