Aleksi Briclot is a French fantasy illustrator better known for his Cover art for Marvel Comics titles such as X-Men, Avengers and the trading card game Magic: The Gathering. He is one of the co-founders of Dontnod Entertainment.[1]

Briclot has worked primarily as a graphic designer and illustrator for comic books and games for the last fifteen years. He is among at the top one hundred international artists widely recognized for their fantasy artwork after he was acknowledged in the Imaginefix magazine dedicated to digital fantasy art.[1]

A designer and art direction in for varying video games, Briclot has worked on games such as Splinter Cell: Double Agent, Haze, Cold Fear and Egypt 2. In 2009, he helped co-found the video game studio, DONTNOD Entertainment with the likes of Jean-Maxime Moris and Oskar Guilbert.[2] He was also one of the art directors for DONTnod Entertainment's debut game, Remember Me and provided cover art for the comic prequel, Remember Me: Cubed.[3]

Aside from video games, he provided cover art for Dark Horse Comics and Marvel Comics, as well as side illustrations for magazines and novels published by Bragelonne and Calmann Lévy. Illustrations for role-playing and card games include World of Warcraft, Magic: The Gathering and packaging for HeroClix.[1]

His production for a comic book adaptation adaptation was for the video game, Alone in the Dark: The New Nightmare and later, Spawn: Simony. The latter became the best selling comic in May 2004. He worked on Legends of the Round Table and signed a graphic novel for Todd McFarlane Productions. The graphic novel, Spawn: Architects of Fear was released in the United States in March 2011.[1]

In conjunction with his work in video games and comics, Briclot is also an instructor for international workshops (primarily Prauge, Montreal, San Francisco, Seattle, Dall and Berlin) organized by companies like ConceptArt, Massive Black, Made (studio SixMoreVodka) or CFSL. He makes regular appearances at international events for Magic: The Gathering.[1] 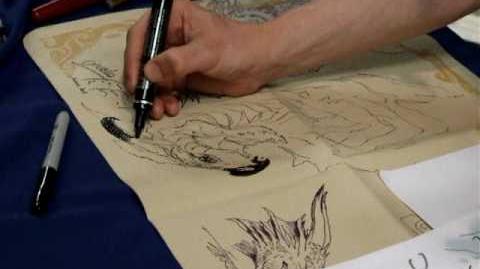 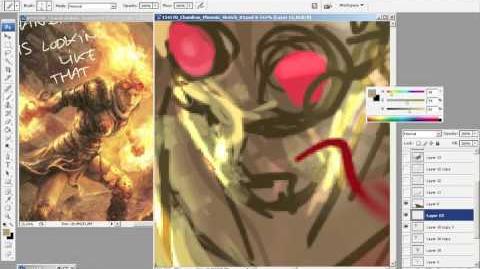 Retrieved from "https://rememberme.fandom.com/wiki/Aleksi_Briclot?oldid=14435"
Community content is available under CC-BY-SA unless otherwise noted.