Stéphane Beauverger is a French science fiction writer and developer. He was one of the head writers for DONTNOD Entertainment's Remember Me after Alain Damasio, and the narrative director for VAMPYR.

Stéphane Beauverger is a trained journalist. During his time at school in Bordeaux, one of his teachers, screenwriter BD Pierre Christin, encouraged him to pursue the path of writing. In March 1996, he became a professional writer in the video game industry, where it is particularly used by Ubisoft and Blizzard.[1]

His first novel, Chromozone, was published in April 2005 by Editions La Volte. He also participated as a writer comics Necrolympia (Panini, 2005) and Quartier M, published in 2007 by Dupuis 7. Inspired by the romance of maritime adventures, he devoted two years to writing Déchronologue and the book was released in 2009, winning numerous awards.[1] 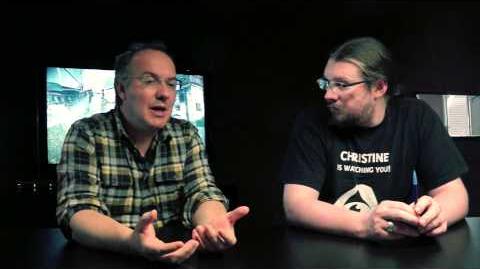 Retrieved from "https://rememberme.fandom.com/wiki/Stéphane_Beauverger?oldid=14436"
Community content is available under CC-BY-SA unless otherwise noted.